Warcraft Netflix Series could be a massive hit

When I saw the question: “A Warcraft Netflix series would be potentially awesome, what do you think?” popping up during my daily Reddit visit it got me thinking (/r/showerthoughts), why isn’t there one out yet?

A good plot to translate the Warcraft Universe could be a good solution to fix the problem that the Warcraft Movie had. Of course it’s hard to put the entire Warcraft lore in a 2-hour movie but still. Besides the fact if it could even be done, it got me thinking, how should they approach it? I liked the Live-Action style, but it that the right way? A good example is Netflix’s Castlevania Animated Series that put it in a good perspective how to showcase a Video Game into a series. Blizzard already played a bit with that animated style doing the Doomfist Origin Story Video.

Blizzard Entertainment has shown us a lot of different styles, like the amazing Warcraft Cinematic Trailers, Hearthstone’s Hearth and Home and of course the in-game cinematic like Argus The Unmaker Defeat Cinematic.
But where to start? The series must be a bingewatch for the die-hard fans but it also needs to reach out to a larger crowd. A good example to base the series on would be the World of Warcraft Chronicles Books, they describe the entire history of Warcraft from the very beginning all the way to The Last Guardian.

My point is, the history of Warcraft is so well thought out that it almost cannot fail. Game of Thrones and The Hobbit proved that fantasy can be entertaining for everyone and not just the die hard fans! Its a shame that to this date we haven’t heard anything about an upcoming sequel to Warcraft. Now people are speculating about a Netflix show it is the perfect moment for Chris Metzen to return, roll up his sleeves and start shaping a new Warcraft series.

YOU CAN SIGN THE PETITION ON CHANGE.ORG BY CLICKING THIS SENTENCE.

You can read all about our petition right here. Please be sure to read and sign the petition. If we get enough votes, we will send it to the parties involved and try to make this happen. If we all let our desire for a World of Warcraft-show be known, they will consider it! 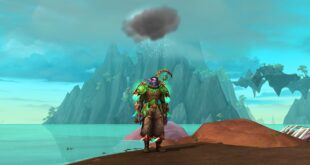 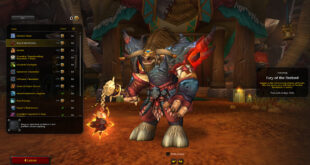 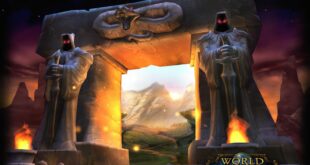